Did you know a fresh ham isn't smoked or cured and is free of all nitrites and nitrates? And it tastes AMAZING! Try this recipe this fall! Who doesn't love to get a nice letter?

We love to share news from our farm - sign up to get all the fun farm happenings right in your email!

A few years ago, when I was a brand new farm wife (and I had grown up in an era and non-farm area where locally grown meat was rare and therefore I had zero experience at ordering meat from a farmer,) someone from my brand-new, in-laws farm family, sold us a half hog.  I was excited to get some real meat and called up the processor to request my cuts as I had been told.  When they got to the ham section, I was asked “do you want your hams fresh or cured?”

(Fresh?  Like…what’s the opposite of fresh meat? 😣  And I wasn’t exactly sure what “cured” was either…  Hey, I was 23, had barely ever cooked a full meal in my life, and had only just graduated from college…with evidently not enough education…….🤦‍♀️  Good grief…)

I asked which was cheaper and, based on that, went with the fresh option.

I put a ham in the crock pot (noting that it didn’t seem to have the same smell as I was expecting ham to have…) and a few hours later, as we sat down to supper I’m wondering what exactly happened. The meat was great, but it most definitely NOT ham.

Well, of course it was HAM…technically speaking, a cut of pork from the back end of a hog….but it turns out that hams come with a traditional smoky flavor and pinkish color of the curing process AND they also can come all-natural, looking more like a shoulder roast, with no added preservatives or processing.

Back in the days before refrigerators, meat was salted and smoked to preserve it to be eaten at another time.  Because this does end up making meat quite tasty, we still do a similar process now, although there are more preservatives and artificial flavorings nowadays.

Over the years, folks have shown allergies to these added processes and other significant health issues when consumed in larger quantities.

So, because most of us have access to freezers and refrigerators, we don’t need to depend on various preservatives to keep our meat eatable and instead can choose to get the meat all-natural, as it came from the hog. 🐷

In no way does this mean we eat flavorless meat, though!

Today, I’d like a share a recipe I tried twice in the last couple months and we love it!

I don’t know if we’ll be giving up smoked hams anytime soon, but it’s wonderful to know of a healthy option for our family too! 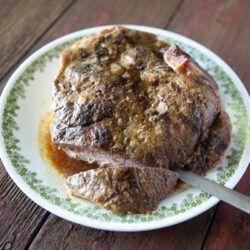 If you try this recipe, please note the bake times and temperatures…this is a big deal for this cut of meat.

If you’re a “throw it in the crock pot” kind of person, hang with me…..so am I….but this is super simple. Just put your seasoned ham (as described in the recipe) in the oven for 20 minutes at 400 degrees, then turn down the oven to 325 for the next 1.5 hours or so and you’ll have a fantastically flavored ham, preservative free! 🥰

Let me know what you think or if you have a different fresh ham recipe you like! 😊

We have lots of new baby piglets by now! 🥰  I made a video below of them playing in the barn yesterday.

We have just one mama waiting yet. Tulip is due later this week. Here’s a picture of her from yesterday:

Generally, I think it’s hard to see a pregnant lady belly on pigs…but this one…….I’m pretty sure all you who have never raised pigs can tell that this one will be having some little ones soon. She’s going to be one relieved mama!

(Also super excited to see if her babies have lots of spots….she does, and I’m told her mother did too! 😊 ) 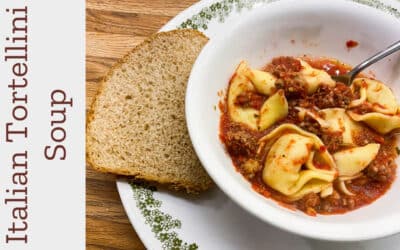 Warm up on a cold winter’s day with this recipe featuring farm fresh pork sausage. 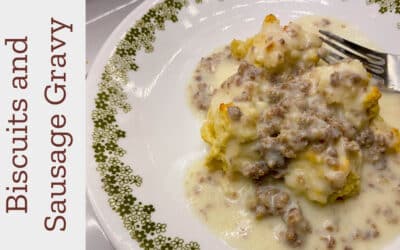 The flakey, buttery biscuit under a sea of meaty, creamy goodness will warm you to your toes, I guarantee it. 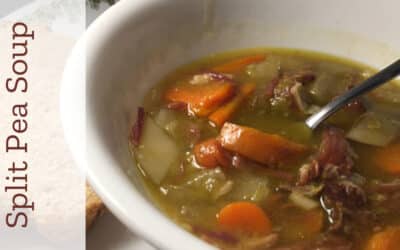 Split Pea and Ham Soup to warm you to your toes

Locally produced ham, grown right here in Minnesota, never tasted so good as it does in this split pea soup that will warm you down to the tips of your toes.

We'll be sharing more recipes using our homegrown pork and fresh eggs (and when you can get your own) and we'd love for you to join us!